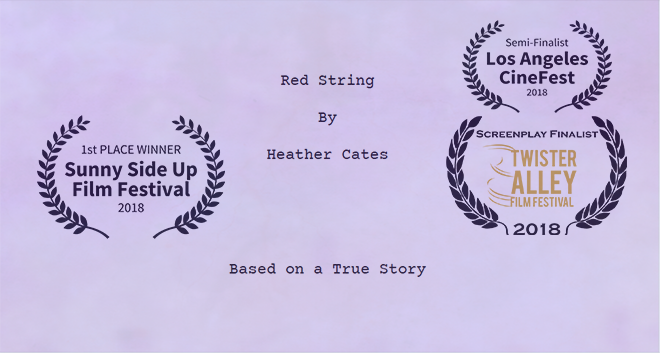 Red String is my first screenplay.  It is feature length, meaning it is more than 60 pages.  This is typical of the films you see in the theater.

The story is based on true events.  Those events are directly from my life.  They make up the story of how my husband and I met in our twenties, had other things come between us, and reunited 14 years later.

Our story is one seen on the screen many times.  It isn’t new by any means.  However, it is rare that it happens to real people in real life.  If I weren’t living it myself, I wouldn’t believe it.

The following is the first scene:

— INT. DAWN’S CAR – MORNING — DAWN (24) a young, single mother, is stuck at a stop light. She looks to her left to see a couple sneaking a kiss while they await the light change.

The Japanese have a myth that says everyone is tied together with an invisible red string to the person with whom they will have an important story, regardless of circumstance, place, or time.

— EXT. PARKING GARAGE — Dawn is leaving her car in a parking garage. She sees a couple kiss and part their separate ways.

The string might get tangled, contracted or stretched, but it can never break.

— INT. COFFEE SHOP — Dawn stands in line at nearby coffee shop to get her morning fix before going into the office.  She sees a couple sitting on a sofa. He is stroking her face. She shyly smiles and looks into his eyes. Dawn rolls her eyes and scoffs.

The only “string” I’ve experienced is tied to an onslaught of narcissistic assholes who only want a sugar mama, surrogate mama, or an on-call piece of ass.

She turns back to the counter only to see the guy in front of her receive his coffee on which the barista wrote her number. He responds with a wink and a nod before turning to leave. 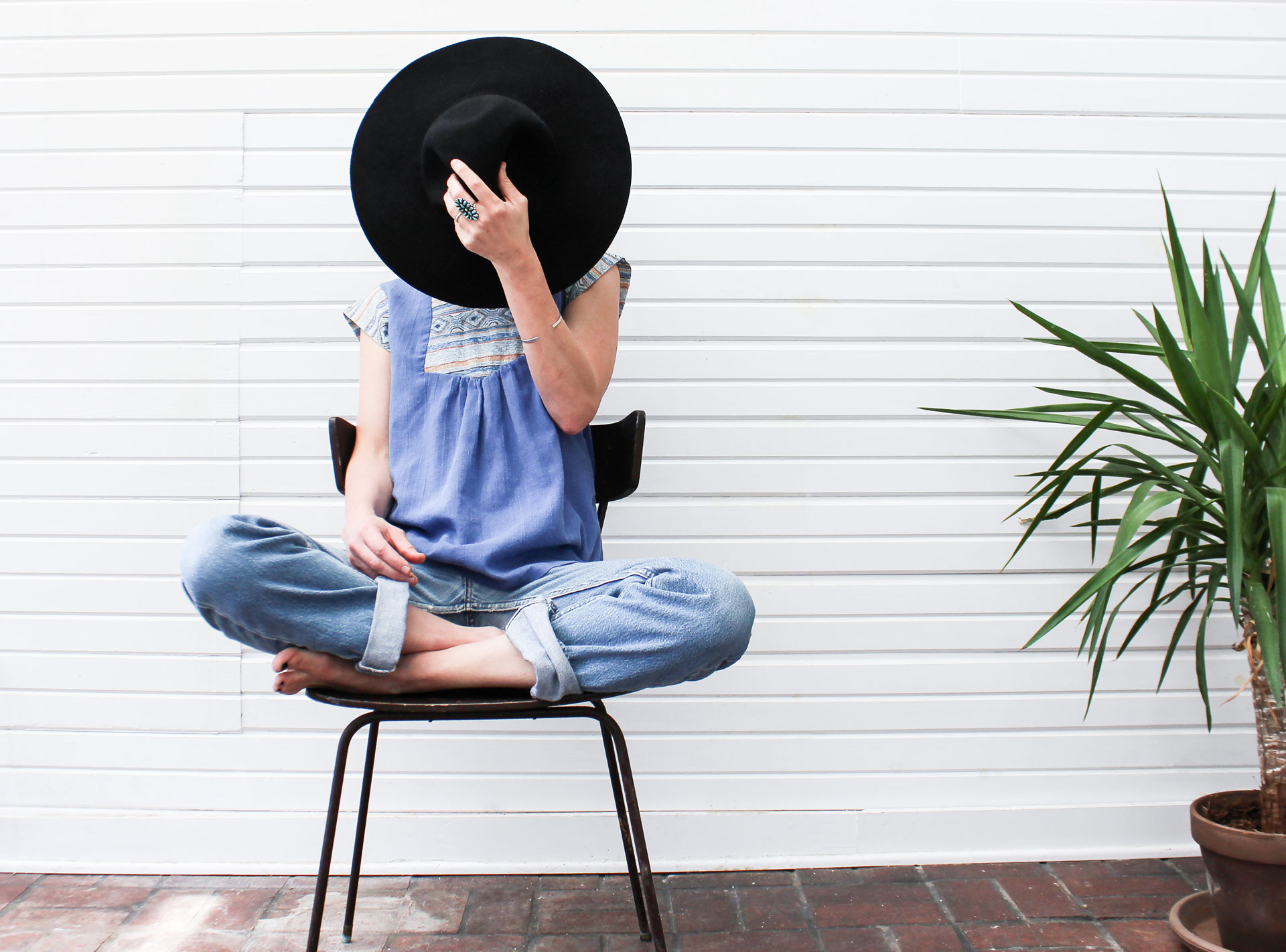